I’ll just start this entry by saying that I have a very LOW tolerance for pain.

Prior to starting stimulation medications, a baseline scan of your ovaries is necessary.  Unfortunately, at mine, they found a decent-sized cyst on my left ovary.  This is the same kind of cyst that caused Mama D to have to fly to Denver to get drained back in February (thus, missing her sister’s surprise birthday party!), so I knew that it meant that I’d have to go in for a “quick procedure,” too.  I found a doctor here in Kansas City that wouldn’t charge an arm and a leg to do it, and scheduled the procedure for the next morning.

I left home under the assurances from Mama D that the pain would be along the lines of an ear or naval piercing, followed by cramps.  Despite being completely NOT EAGER about having this done (seriously, who wants a needle through your vagina and ovary????  Hands?  Anyone?), I knew it was necessary for us to do this retrieval.  If I didn’t, all of this expensive medication that I had negotiated for would get sucked up by the cyst and not by my little follicles/eggs.

Mama D had to go to work that day and so I went down to Kansas City solo — again, with the assurance that it would be a relatively easy procedure.

It started just like any other OBGYN appointment.  The doctor came in and explained what would happen — a vaginal ultrasound to confirm the presence of the cyst followed by a needle that would then be inserted through the vagina and into my ovary to drain the cyst.  A big part missing from her explanation was any mention of anesthesia.

“Oh,” she said, “that’s because we don’t use anesthesia here because it takes too long.”

At this point, I was facing either bad pain or a canceled cycle.  I decided that the canceled cycle would be worse than the pain in my lady parts.

The draining itself went as expected — the pain was just like Mama D had described.  The only difference was that the pain didn’t go away, the cramping in my abdomen was like a charley horse in your behind (seriously, the pain in my rear made me think that this doctor had stabbed me through and through), and, as I laid there waiting for the pain to subside, I was bleeding…….so much so that the doctor and nurse had to sit there with multiple rags trying to sop it up.  I have no idea how much it was in the end, but I imagine that it looked like a crime scene down there.  The doctor assured me that this happened sometimes and that it was nothing to worry about.

After about 15 minutes, the nurse asked me if I wanted to go to the restroom to clean up.  Instead of having me get completely dressed, just to dart across the hallway into the bathroom, she peeked out into the hall and let me run across really quick —– in my t-shirt, flip flops, and a little paper dressing covering my lady parts.

As I sat there in the bathroom, the cramps got the better of me.  I started shaking and getting light headed.  All I could think was:

OMG – I cannot pass out in the bathroom with no pants on!

I mustered up the strength to get to the door, open it, and start to walk across the hall……and that was about as far as I got.  The next thing I knew,  I was laying on the cold floor of a medical room, half naked, with a nurse holding my legs up over her shoulder, another shoving a small desk fan in my face, and the doctor holding a paper bag over my mouth and telling me to breath.

This definitely wasn’t how I imagined this experience going.  The only things I could mutter enough strength to say were “Someone call my wife to make her feel bad about not coming to this appointment with me” and a half-apology to the nurse holding my feet because half of my ass was hanging out of this makeshift toga.  Eventually, I was well enough to leave the office — thanks to some friends that came to pick me up.  Mama D was still in school and, although I gave her a guilt trip about it later, I knew that missing more classes would hurt her in the end.

After the cyst draining, my retrieval was pretty much by the book — with the exception of some odd abdominal bruising, continued cramping in my behind (seriously, I have no clue where that came from), and apparently my body decided to let my intestines descend throughout the week of stimulation medications.

In the end, our doctor was able to retrieve 7 eggs from me.  From those 7 eggs, 4 of them grew normally to Day 5 and were frozen and sent off for chromosome testing.  Hoping that our little kiddos are somewhere in that 4!!!

After the subpar performance of my ovaries during retrieval in April, Mama M and I followed the recommendation of our doctor and decided to switch over to trying to use Mama M’s eggs instead of mine.  This decision was not an easy one for me to make — but one that was really the next logical step in our journey to become parents.

The next few posts have been written by Mama M in light of the last two months of our journey….

During the multiple IUI and IVF treatments that we went through, I was right by mama D’s side — I attended the multiple medical appointments, gave her shots, searched through sperm donor profiles, sat at each ultrasound uncomfortably holding her things, counted down the days until we received results from each IUI/IVF, and held her each time we got the heartbreaking news that things did not work out.  Our hearts broke together each time we got the news — but it was mostly her heart breaking because it was her body that wasn’t giving us the results that we wanted.  Let me tell you, there is nothing more difficult than seeing your best friend/partner/love of your life get her heart broken over and over again — especially knowing that there is nothing that you can do to make it better or to fix it.

Throughout this entire process, I have felt very helpless and useless — like I have been sitting in the “passenger’s seat” while my wife has been in the “driver’s seat.”  I went along to every appointment, drove the entire 9-hour trek each way to Denver (Mama D is great, but cannot stay awake in the car to save her life!), and I have sat there as she has been poked and prodded.  I felt like there wasn’t much else I could do to help, aside from providing moral support.

In mid-April, when the doctor called to tell us that we only had one embryo after our most recent retrieval, we looked at each other and I swear that I felt both of our hearts break again.  The doctor continued to explain that, after 3 rounds of IVF, with a total of 22 eggs retrieved, and only 2 that made it to the blastocyst stage, he felt that Mama D’s eggs had a very low maturation rate and that our best option would be to use my eggs……MY EGGS?!!??!??!  I remembered those words that I spoke earlier in the year — ” I would do anything for you and for us.”  My stomach dropped.  Those were no longer going to be hollow words, those were going to be the truth.  In a matter of minutes, my life as a passenger had ended and I was now going to be in the driver’s seat.

I had no idea about the road that was ahead of me.

*This week, we are going to do a post per day to catch you up on our story. Feel free to check back tomorrow (and throughout the week) to see Mama M’s take on being the driver, reacting to medications and procedures, and, ultimately, how her retrieval turned out.*

Part of me wanted today to get here quickly so that I could know the answer.  The other part of me wanted today to never get here — so that I could live in the “They retrieved 12!” bubble forever.  In reality, I knew the number could be no greater than 4 since a phone call last week let me know that only 4 of our 12 fertilized properly.  Nevertheless, the number 4 kept circulating through my head as the number that I’d love to hear the embryologist say come Monday.

The call came this morning while I was in the library, printing off handouts for my Intro to Korean class.  I was trying to whisper due to the setting, which I’m pretty sure made the embryologist on the other end of the line think that I was waiting with bated breath for what she was going to relay to me.

“Yes, this is Dannielle.”

At this point, in my head I kept thinking “please, please, puh-lease let us have a bunch to work with.”

“We were able to grow one Day 5 3BB blastocyst, which we are going to freeze for you since you wanted us to skip chromosomal testing if there were only 1 or 2.” 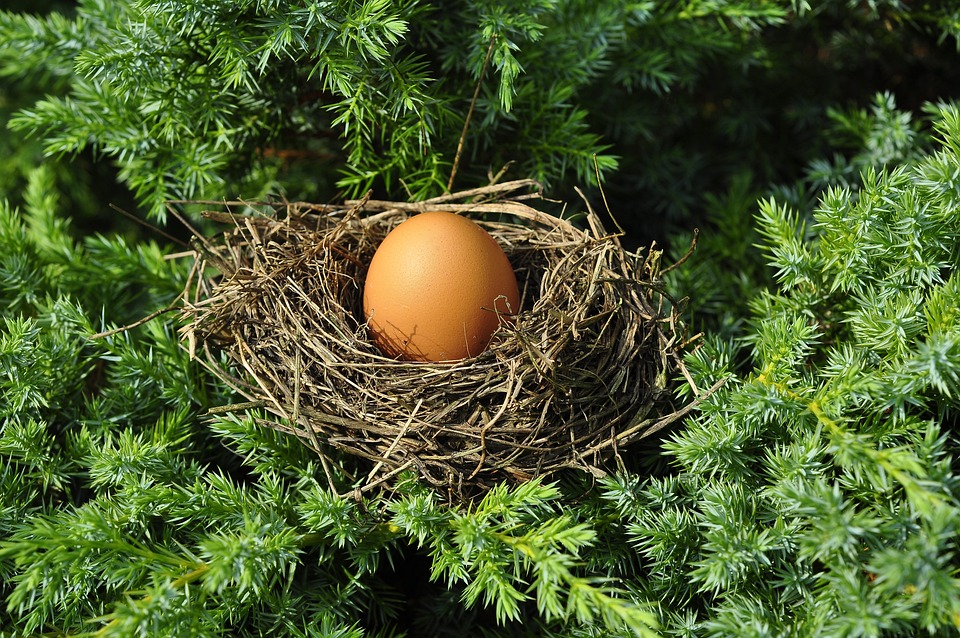 I might be guilty of doing the Carlton dance in my living room about five minutes ago.  The embryologist called and our last little embryo made it through the night and is a 6BA.  Now it is just the waiting game on receiving the chromosome testing results.  For my age, there is a 62% chance of the embryo being normal.  If it does come back abnormal, it will come with a report letting us know what was wrong — i.e. Down’s Syndrome, Trisomy 13, etc.  Any abnormal embryo will be ineligible for transfer and either destroyed or else we’ve agreed to let testing/research be completed on the embryo.

If you aren’t familiar with the grading of embryos, there is a very helpful explanation here.  The grade of an embryo doesn’t equal success — there are 3CCs that go on to become healthy kiddos and 6AAs that turn into negative pregnancy tests.  It really is just the luck of the draw.